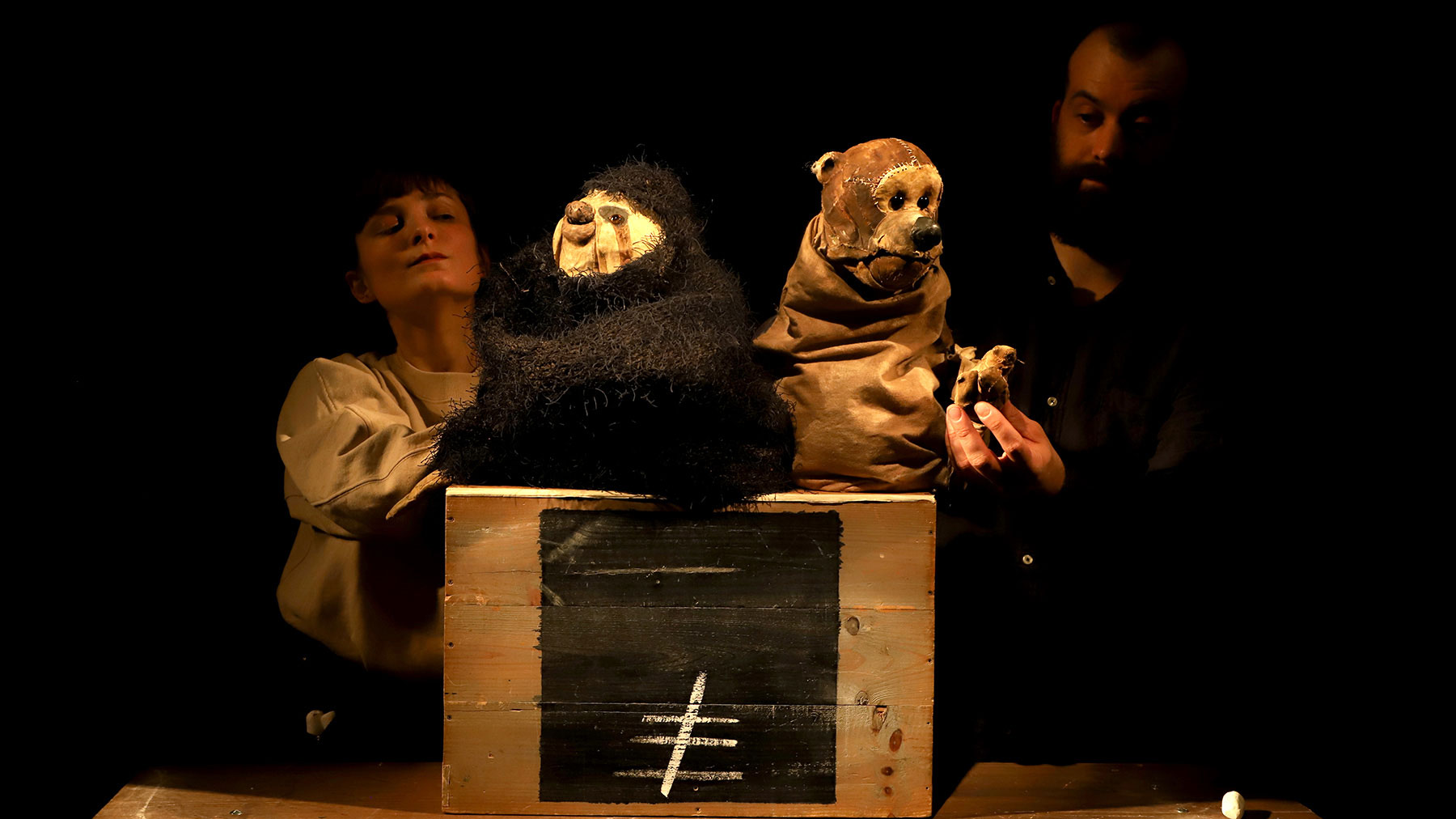 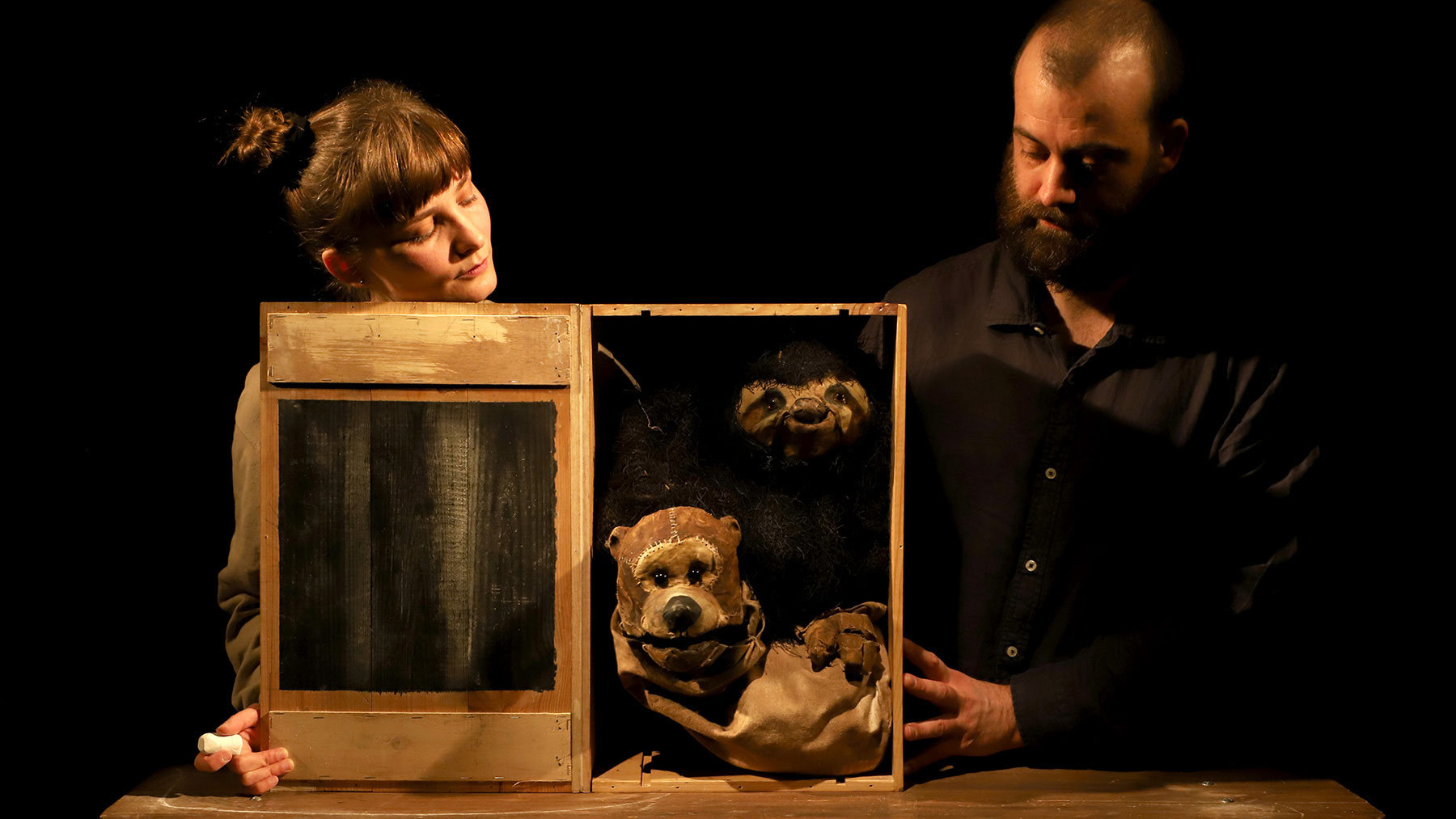 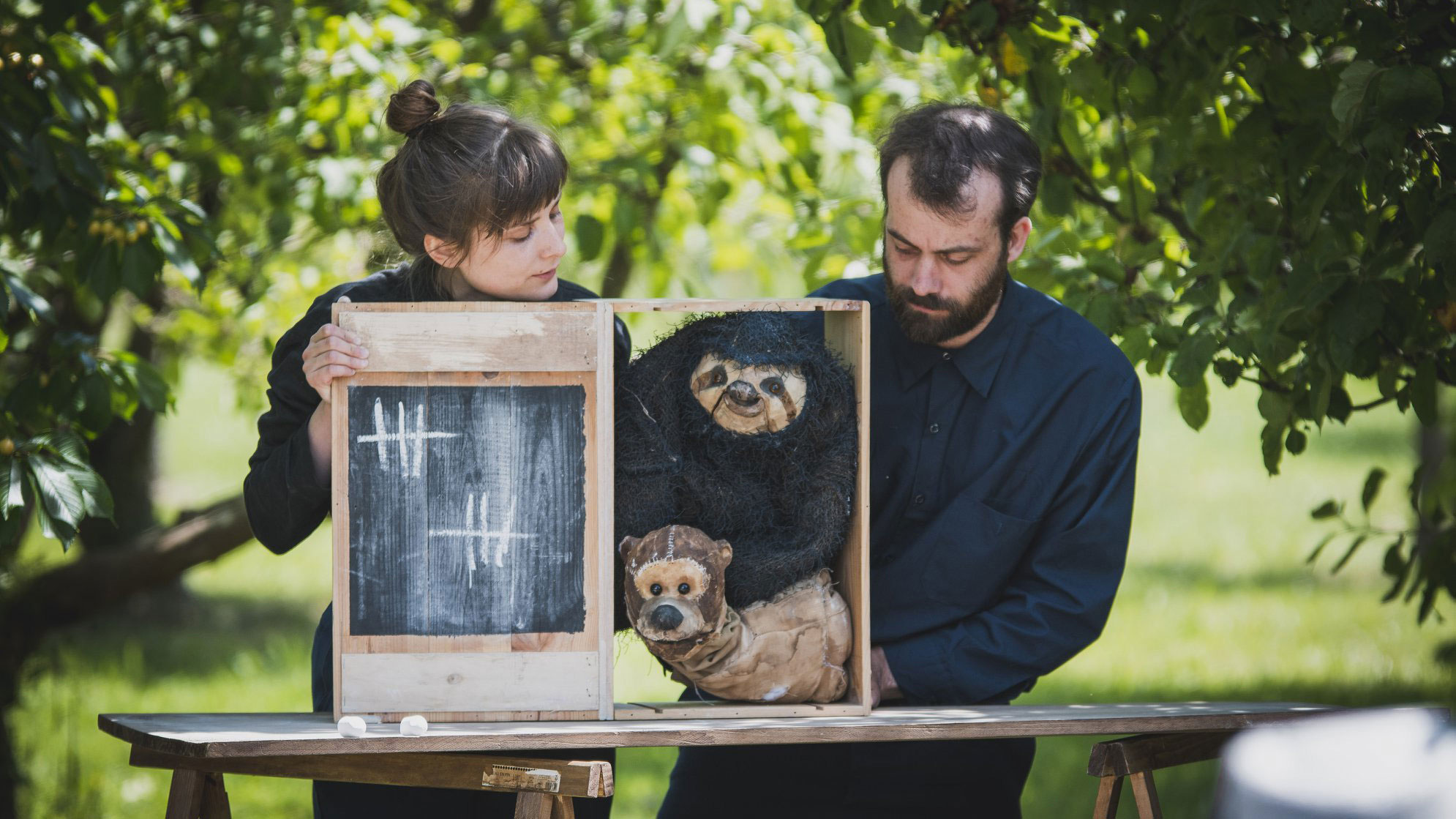 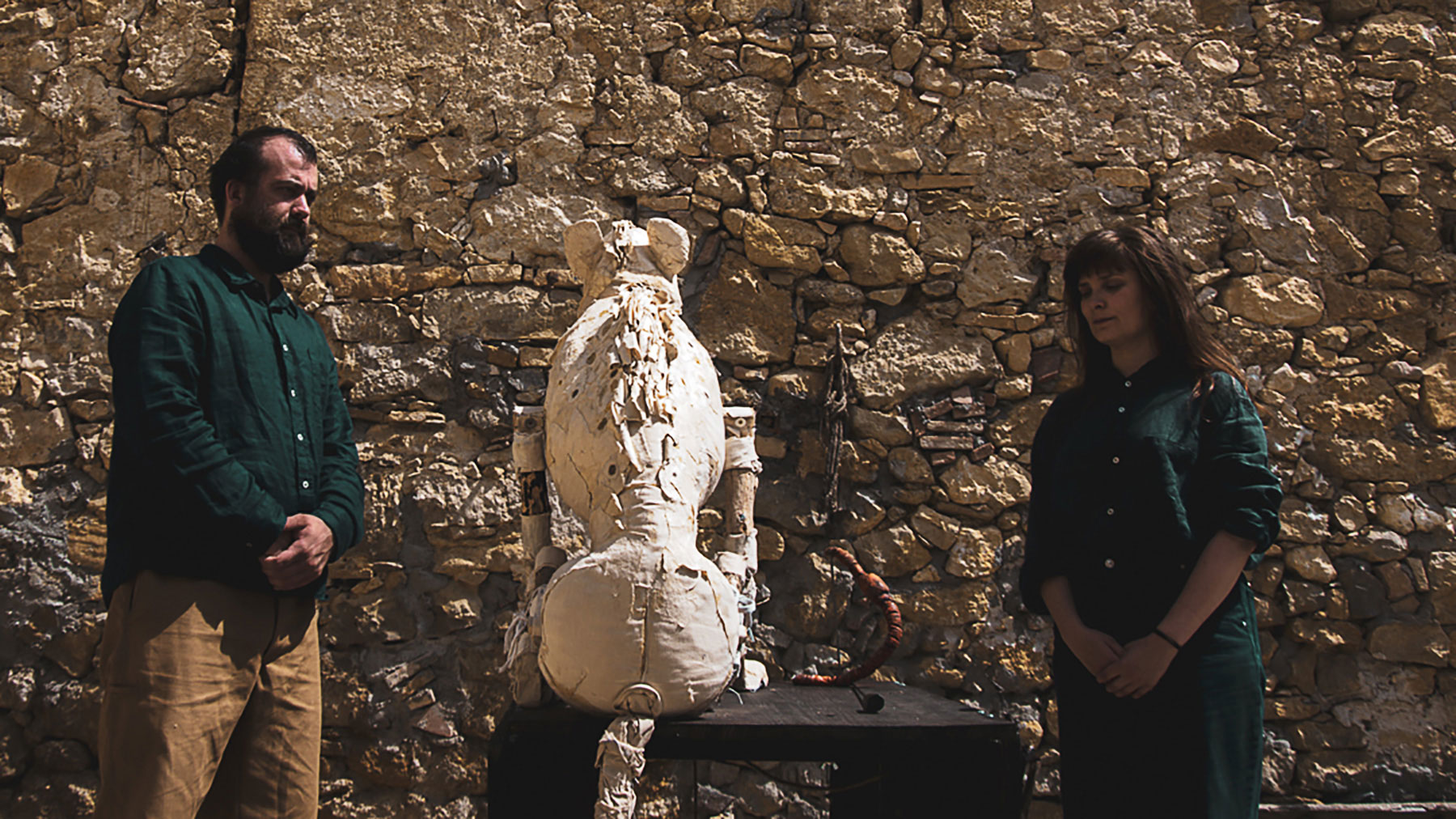 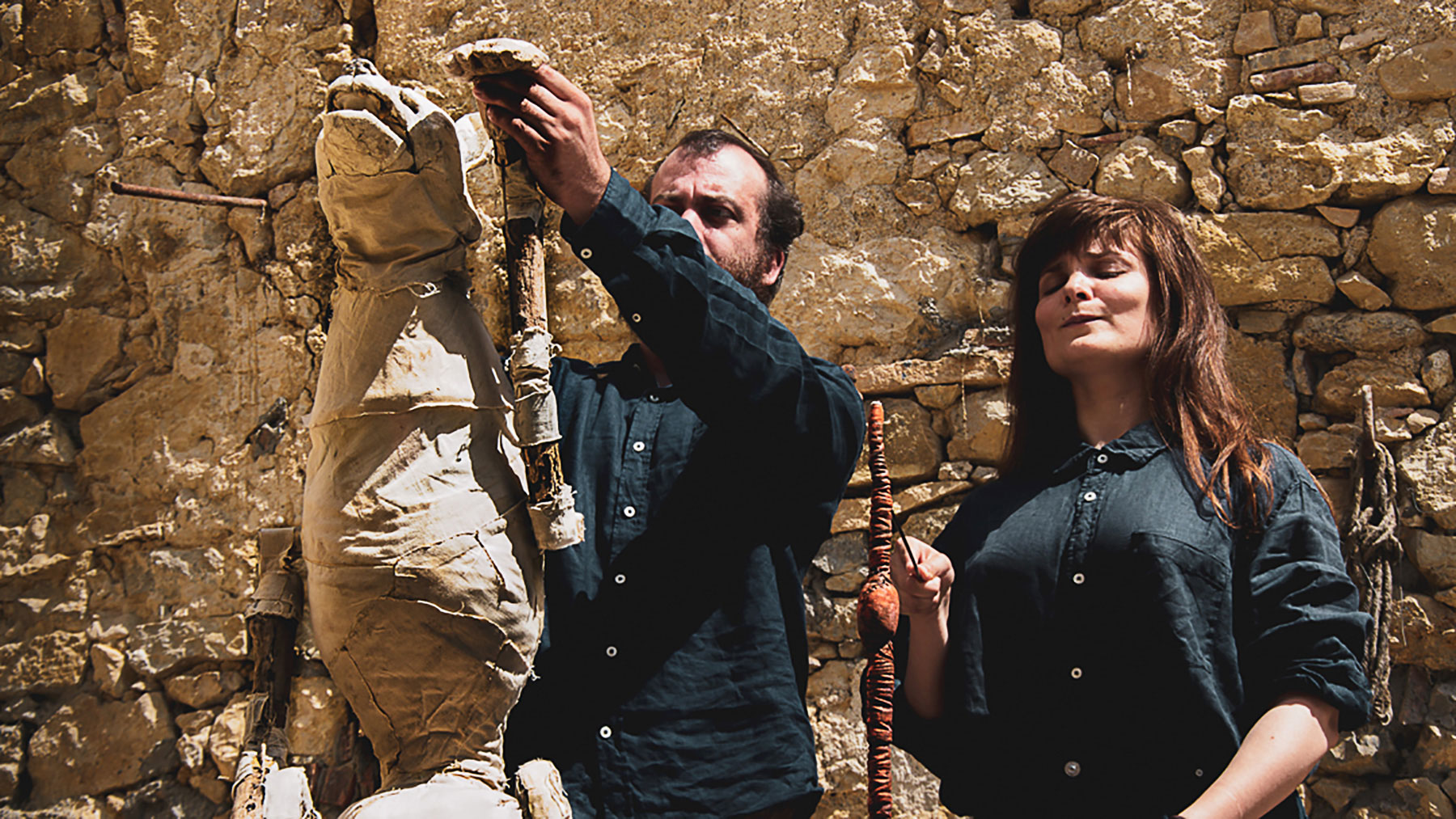 As part of MARTO’s festival

La Petite Galerie du Déclin is presenting a trilogy of puppet theatre at Les Gémeaux. The first show, entitled La Forêt Ça N’Existe Pas, features a monkey and a sloth – the accomplices Toto and Bradi – who try to escape their box. The second, De Plus En Plus Rien, celebrates the less considered beings through the adventures of a hyena and an earthworm: “an anti-fable, a story between ethology, philosophy and bullshit”. The third opus is currently being created. Aimed at young and old alike, these shows are based on an innovative approach to puppetry, in which the actor’s body is a key player. Pierre Dupont and Kristina Dementeva offer moments of magic and humour in their trilogy – each opus can function independently of the other two – without forgetting the double political language that will touch the older ones.